The ‘Hello MP!’ program of IID seeks to strengthen the connection between the MPs and the people. 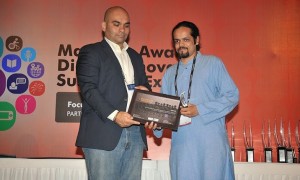 How We Do It

With the invitation from local infomediaries, citizens of a constituency gather at a local spot. Citizens are communicated before the event takes place. But no agenda for discussion is set.

The MP sits in front of laptop with internet connection and Skype at the parliament house. Citizens make direct communication with the MP in a two way video and audio conference.

Experience of the Citizen

Mr. Shahadat is from Gaibandha and works in a local NGO. He highlighted how the ‘Hello MP’ programme enabled them to speak to their MP directly where they can request for infrastructural development, ask for donations and place complaints about governance misconduct. Through this platform he requested the MP for health supports such as more doctors, nurses and medicine which the MP duly addressed by arranging immediate health assistances and medicine supply. He mentioned how through ‘Hello MP’ the people drew attention of the MP about river erosion problem about which the MP took some temporary damage control measures and at present is consulting with the government about a permanent and sustainable solution.

Experience of the MP

Deputy Speaker Fazle Rabbi Mia, MP of Gaibandha-5 mentioned how ‘Hello MP’ enables him to simultaneously meet people of all of his constituencies saving both time, money and allow more scope for direct interaction. He can monitor government functioning and get real feedback from the people. This platform helped him to run his office more transparently as now he can identify defaulters and make everyone accountable to their responsibilities. Through ’Hello MP’ he can get to know about the needs and problems of the people and can address them with greater efficacy. The fact that he can now talk to people even from the remotest corner has created a trusted relationship between the MP and his constituencies.

The ‘Hello MP’ programme creates a platform for the people to communicate directly with their elected MP through a simple assemble of video conference mechanism. This enables both the MP to meet those people with whom he otherwise would never get a chance to speak to and more importantly, it gives chance to the constituencies –particularly those from the remote areas to place their concerns and demands to the MP without any intermediary. It increases communication and establishes real connectivity with the people. Though ‘Hello MP’ project, the MP gets aware of the problems that the people face and by identifying solutions can intervene into the areas which require highest priority of work.

The video conference is recorded and documented thus it provides a source for proper follow up of the commitments made by the MP. As the MP listens to the people’s demand he makes promises to take actions or donate money – due to regular follow up with the records these commitments get high priority for implementation.  The MP engages himself   into an obligation to fulfill his promises leading to greater accountability in case of failure or delay in implementation.

The MP can better govern through direct dialogues with his constituencies as it enables him to monitor without any via-media and can identify public service defaulters immediately. The chain of governance goes through a more transparent screening as the service recipients can directly make complains to the MP if there are misconducts from the governing side. It is seen many times that the commitments made by MP are not fulfilled because of malfunction within the chain of governance. Hello MP enabled the MP to hold each responsible authority accountable for their actions as well.

Although mobile internet is widespread in Bangladesh, low speed is still a reality with 3G services limited to large urban areas. In occasions the existing 2G network dropped, making video communications difficult. However, as 3-4 venues are organized in different locations for the video conference at one particular time where the MP switches between them, any venues dropping out of the connection can be resumed later as connection improves.

As the video conference is made with the Members of Parliaments, the obvious most influential political figures from a constituency, in a number of occasion politically motivated participants took the mic in an effort to get attention of the MP. This can lead to demoralizing impact on the general citizens. However, the MP with his intension to communicate with the general people, plays a vital role in avoiding political discussions in these meetings.

Like in any other communication platforms, this project also encounters people who tends to be more communicative, if not dominating, impacting on others. Here again, along with the field facilitator (infomediaries) the MP himself often plays a balancing role.