Sultana Mehjabin Tushi is working as a Program Executive at IID. She became a Fellow of Gender-Based Training in IID and worked as an intern before joining as Program Executive. She has completed her B.Sc in Food & Nutrition and running her M. Sc from the College of Applied Human Science, University of Dhaka. She is currently the general secretary of Lal Sabuj Society, an EC member of the Bangladesh Debate Federation and Volunteer Team Leader of UNICEF Bangladesh. She has previously worked as an organizer in UNDP, Bangladesh Red Crescent Society and Bangladesh Girl Guides Association. She is a freelance anchor. Previously she has worked as a translator in the RUCCA project of ADB bank and an Event Manager in the VAFS project of Barisal City Corporation. She worked as a part-time teacher at British Standard School and Divine standard school. Sultana Mehjabin Tushi is interested in Art & Culture & too passionate about social work. Her expertise includes Communication, Event organizing, Youth Mobilization, Capacity Building, Networking, Training & Project Management. 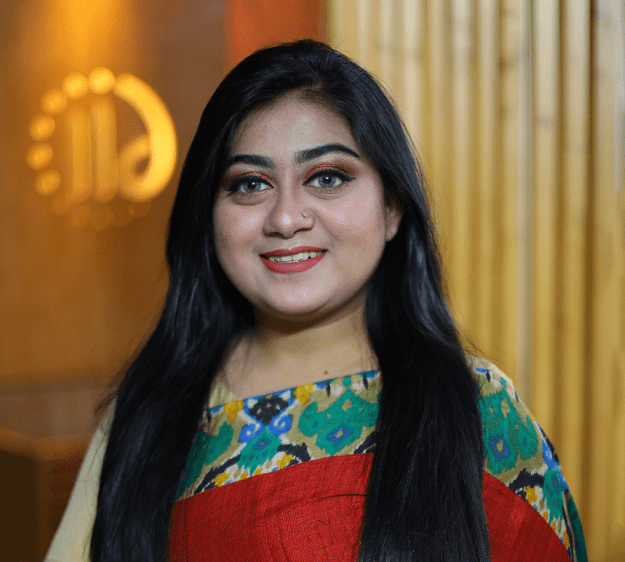