Ever increasing gender based violence impedes practice of pluralism in the society and consequently hinders sustainable development. Hence it is high time to promote gender parity through strategic and effective policy implementation.

Violence against women is one of the most perceptible violations of human rights in Bangladesh. Intensity of violence might range across the race, religion, ethnicity, socio-economic, cultural and educational background but its existence is prevalent. Where half of the population is women, political and socioeconomic prosperity is greatly being hampered due to growing gender based violence.

IID, while celebrating its five year anniversary, organized a roundtable on 31 March 2018 in partnership with Prothom Alo, the leading national daily in the country. The aim of the roundtable was to comprehend the standpoints of harassment and find out the plausible multidimensional solutions to prevent gender based violence and bring equality.

Participants at the roundtable showed their concern that living in a country where patriarchy is deeply entrenched, women face discrimination irrespective of time and space. Women are more vulnerable to violence when intersectional attributes are taken into account. For example, women who belong to ethnic minority or poor cluster of the society are at a higher risk of violence.

Despite of having plenty of laws and acts against gender based violence, intentionally created loopholes make it difficult to implement. Discussant agreed that due to the influence of power holders space to protest against any kind of harassment against women is shrinking gradually.  Gender right activists are being threatened by local influential people. Policy makers, civil society and gender right activists and other stakeholders who are working to bring gender parity should rather be strategic and promote a society that take gender equality more positively for the benefit of not just women but everyone.

Participants suggested that use of social media and other digital space should be safeguarded as cyber bullying and online harassment is on the rise. They also showed concern that at a very early age, children are learning gender division, both at home and schools. Schools should play active role to seed the plant of gender equality among the students as well as among the parents. Sex education should be included in the curriculums from school level which will help both the girls and boys be aware of their physics and right and wrong doings. Moral values should be taught in the schools adequately. Discussants argued that although gender reporting of the national budget is done every year but that that does not address the specific gender needs. Therefore, civil society, activists and development practitioners should actively put pressure and support the government to allocate and implement the national budget addressing needs of women.

At a point where Bangladesh, as a developing country envisions becoming a self-reliant nation, priority should be put on preventing gender based violence by targeting multi-dimensional strategic approach. 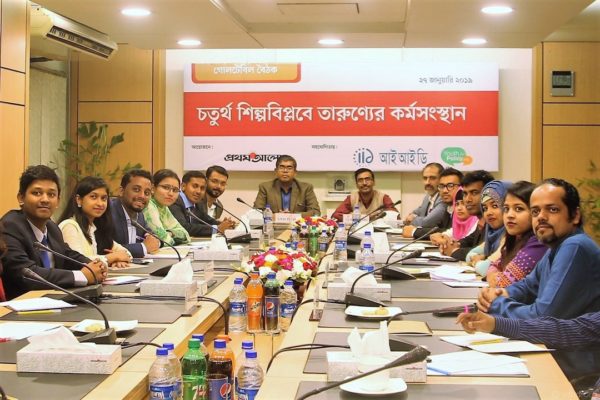