Third Policy Forum on Peace and Equity towards a Pluralistic Society

Participants at the Policy Forum on Bangladesh in Peace and Equality discussed some of the crucial questions regarding gender and faith based violence; such as- what triggers inequality in the society? What hampers peace and gender equality? How do we define gender roles traditionally? What could be done for bringing peace and equality in civilization?The forum was a daylong one of its series, held in Jessore city on 12 August, 2017.

The aim of the forum was to portray how political instability, lack of justice, violent extremism and patriarchy are hindering our expedition towards achieving SDG goal number 5, 10 and 16- gender equality, reduced inequalities and ensuring peace, justice.

Participants identified some of the key reasons which are impeding peace in the society such as – political instability, lack of good governance and social justice, fading patriotism and etc. It has been discussed that to conserve the inclusiveness among people from different religious, regional, social and cultural background-religion should be free from politics and there should be act of cohesion in the community.Some discussant agreed that to promote freedom of speech and expression, it is important to repeal the section 57 of ICT Act which has been a one of the most talked about topic nowadays. To create the society a pluralistic one, community should be more open to discussion when any crisis comes up and hence take informed, mutual decisions collectively.

Regarding gender discrimination, Issues of gender wage gap, violence against women, gender constructionism at household, workplace and in the public sphere has been discussed widely in the forum. Some participants believe that gender discrimination essentially starts at home- from the childhood or even before a girl born. In case of attainment of education, career and economic and decision making power, a woman is always the less prioritized one. Many of the participants claimed that patriarchy has been so intensely deep rooted that a woman who works and earns the same like a man, has to play dual role-at household and workplace and is has been considering as a normal scenario. One participant argued that although women lack endowments in terms of better education, food, health care, property right and all the basic needs- it has been found that women nowadays contribute equal or even more than their counterpart in a family.

To pledgefor gender parity, suggestions have come to make the national policies more gender inclusive, eliminate gender wage gap, give women access to all the job sectors equally, provide better education and social security etc. To establish gender equality, social media’s role has been spoken about- like there could be more media campaign like “Meena” cartoon which would spread awareness about discrimination women face in different sphere of life. 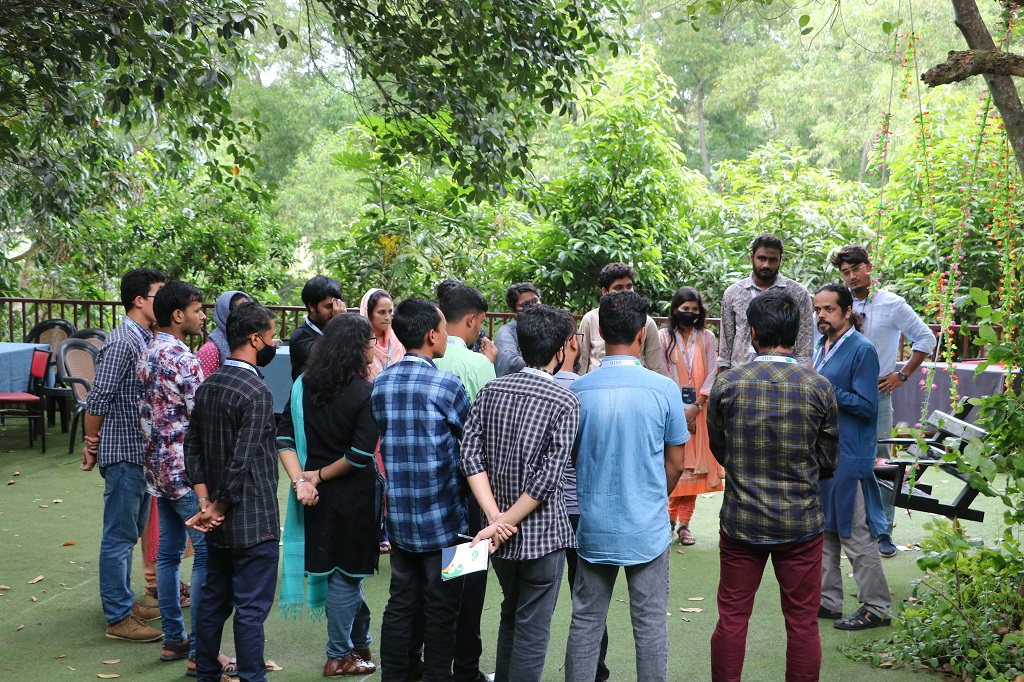