The 12th GFMD (Global Forum on Migration and Development) came at a very timely moment for global migration governance. The affirmation of two Global Compacts, one on Refugees (GCR) and the other for Safe, Orderly and Regular Migration (GCM) in 2018 emphasizes the need for cooperation to address these global challenges in a comprehensive manner.

The 12th GFMD Summit was held on 20-24 January, 2020 in Quito, Ecuador focusing on the central theme: “Sustainable approaches to human mobility: Upholding rights, strengthening state agency, and advancing development through partnerships and collective action.” The substantive agenda of the Summit focuses on three roundtable themes, to be discussed in six sessions. Coordinated responses to mixed movements, Migration narratives & communication and finally Addressing human mobility as part of urban and rural development strategies are the themes discussed this year. 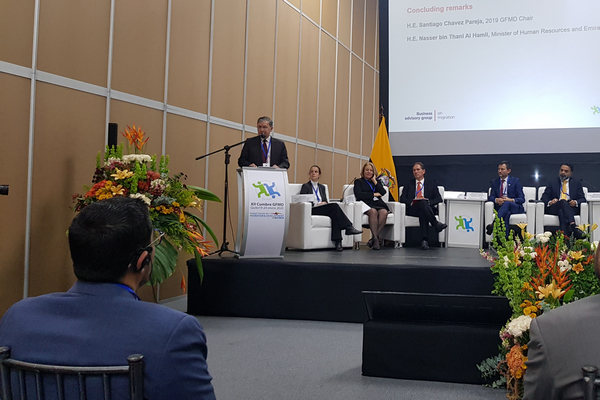 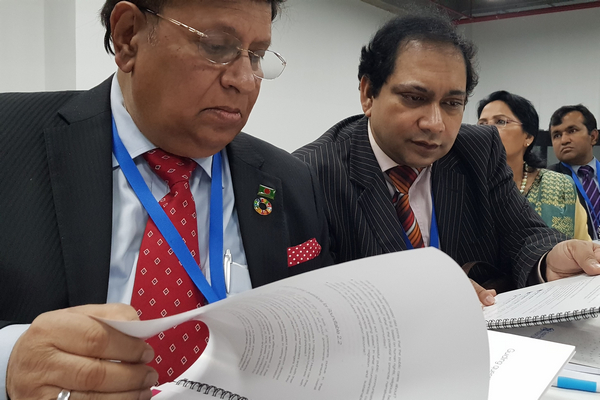 CEO of IID, Syeed Ahamed, was invited to be a part of the high profile Bangladesh official delegation team at the 12th GFMD Summit. IID provided both research and advocacy support to govt. and non-govt. delegation teams throughout the event. Notable among which was the handbook titled Road to GFMD highlighting functional and coherent suggestions for each of the six roundtable sessions. Many of these suggestions derived from the tripartite pre-GFMD national consultation with the government, civil society and UN agencies organized by IID back in October.

Syeed Ahamed, on behalf of IID, engaged in most of the major roundtable sessions. Particularly on the ‘1.2 Facilitating social and economic inclusion’ session, Mr. Ahamed highlighted that gender blindness in GFMD objectives might jeopardize its effectiveness. He then called for emphasizing on the social and economic exclusion faced by women migrants as a consequence of being one of the most vulnerable groups.

During the ‘2.1 Shaping public narratives on migration and migrants’ session, Syeed Ahamed pointed out that the communication materials produced by civil society for the migrant workers are often ineffective because they fail to reach the migrants. There is a clear gap between the language of migrant workers and the civil society creating a parallel world. An audio-visual heavy content might be an effective way to communicate with the migrant workers. The head of Bangladesh government delegation team, minister of the Ministry of Foreign Affairs, Dr. A.K. Abdul Momen MP echoed Mr. Ahamed’s statement in his speech and emphasized on the importance of finding a more effective way to communicate with migrants. 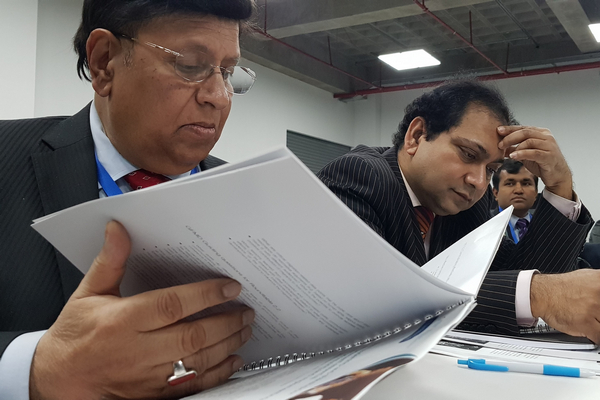 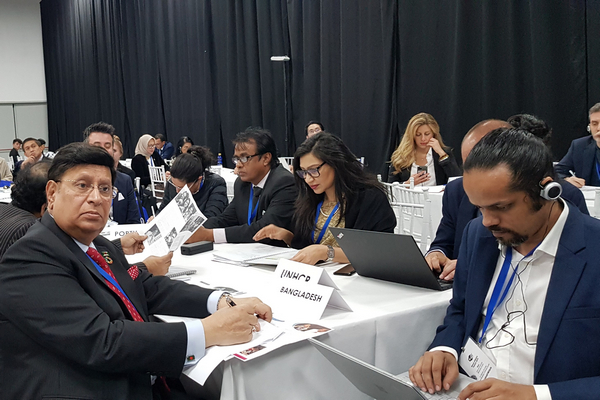 Amidst the Summit IID organized the highly discussed GFMD side event ‘Road to Implementing Global Compact on Migration’ on 21st January with government delegates, ambassadors, members of global forum & alliances and members of civil society from both home and abroad.

IID, as the secretariat of CGCM, participated in the Peoples Global Action (PGA) on Migration Development and Human Rights held on 20th January focusing on ‘Criminalization of Migration, Return and Fair Recruitment’ as part of the GFMD Summit.

GFMD has been a state-led, but not state-only, platform that has been influencing the global discourse on migration and development since 2007 by engaging multi-stakeholders in an informal and non-binding exchange of ideas, innovations and practices.