Model Consulate for scaling and institutionalizing services for migrants

To efficiently serve the large number of migrants ensuring measurable impact with limited resources, the government can follow the Model Consulate approach—argued the migration experts during a web conference on 10 July 2020 which was attended by the makers and shakers of migration policy from around the globe.

Hon’ble Minister of Foreign Affairs, Dr. A. K. Abdul Momen, M.P. pointed out that the lack of information on whereabouts of female migrant workers often limits the government’s efforts to deliver proper services. Speaking as the Chief Guest at the webinar, he appreciated the concept of Model Consulate, however, he added that implementing such concept will require increasing the capacity of the embassies and high commissions and increased resources. 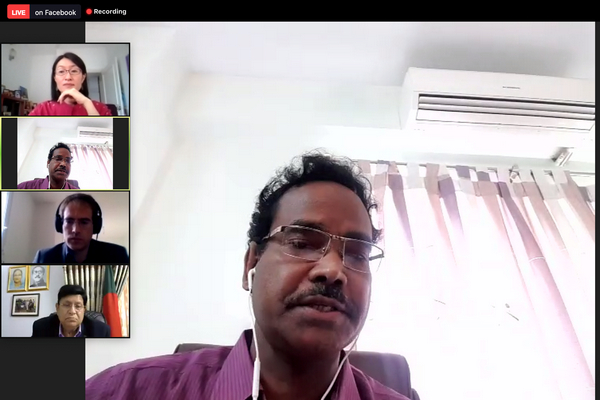 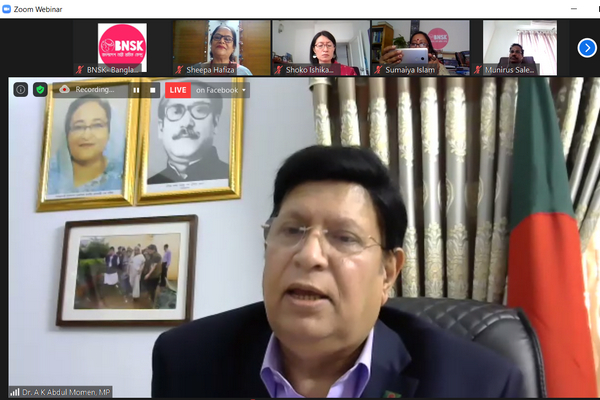 Speaking as the Special Guest at the event, Dr. Ahmed Munirus Saleheen, Secretary of Ministry of Expatriate Welfare and Overseas Employment emphasised on the importance of evidence-based policy suggestions from CSOs in government’s efforts for supporting migrant workers’ needs. 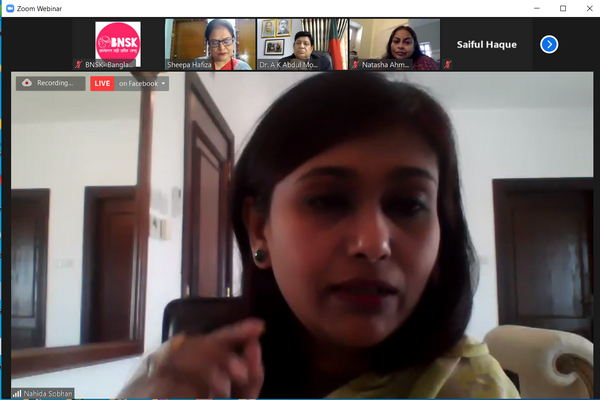 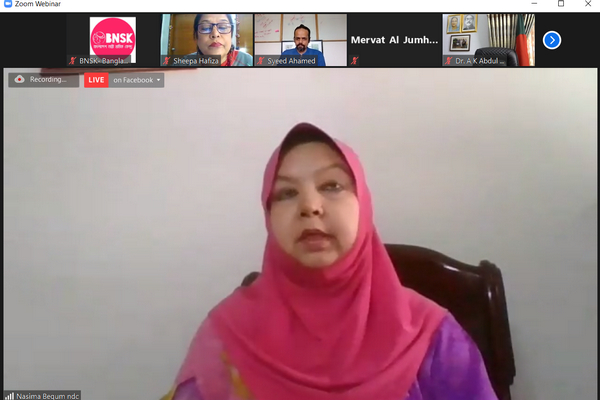 Nahida Sobhan, Ambassador to Jordan stressed that migration problems need to be addressed at the root- that is recruitment where ethical and regular recruitment needs to be ensure involving all the stakeholders. She also appreciated the concept of Model Consulate to institutionalize the best practices already being in practice by different Bangladeshi embassies.

Sumaiya Islam, Executive Director of BNSK highlighted the need for establishing a Safe House in Jordan during her keynote presentation where she highlighted the plights of women migrant workers based on a study conducted by BNSK.

Country Representative of UN Women in Bangladesh, Shoko Ishikawa mentioned that the embassies need to create a database of people living abroad and build networks of local organisations to contact hard to reach migrants like domestic workers.

Gerry Fox, Team Lead of PROKAS underscored that it is high time for CSOs and government to come together to use notions like the Model Consulate in reaching out to a larger number of migrants with improved support services. 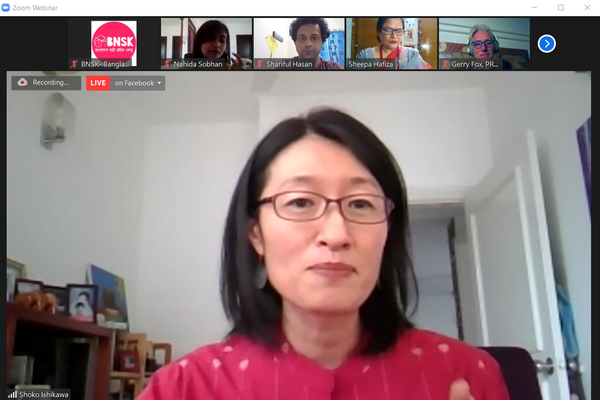 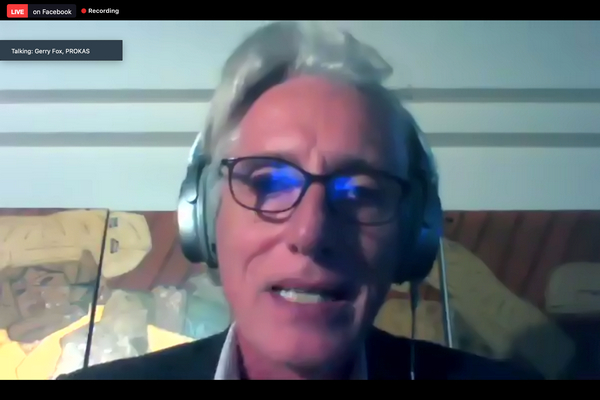 In his keynote, Syeed Ahamed, CEO of IID, discussed the relevance of establishing Model Consulates, especially, during the COVID-19 pandemic. The Model Consulate is an approach developed by IID, in consultation with government and non-government experts, which aims to scale up essential consular services through innovation and partnership approaches. He explained that a set of minimum viable services can be tested and explored in one or two consulates and then gradually scaled up on the basis of their measurability, impact, essentiality and scalability. 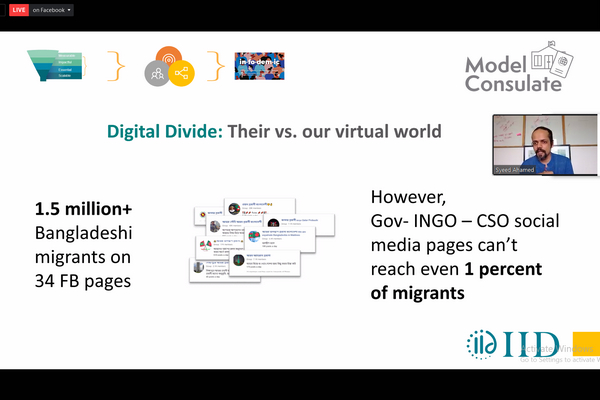 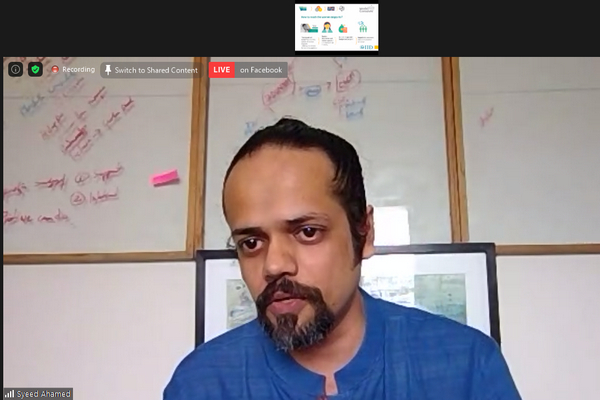 Drawing on the findings from a study by IID on migrants’ online discourse about amid COVID-19, Mr. Ahamed highlighted why improving consular services demand practical interventions, particularly, during a crisis like the COVID-19 pandemic. The study reveals that the issue of support service is the second most talked-about topic among the migrants right now while lack of information remains the top discussed issues. He also recommended that establishing services, such as establishing ‘out-bound call centres’ in Bangladesh to randomly check on hard-to-reach female migrants can go a long way to protect their rights and dignity. 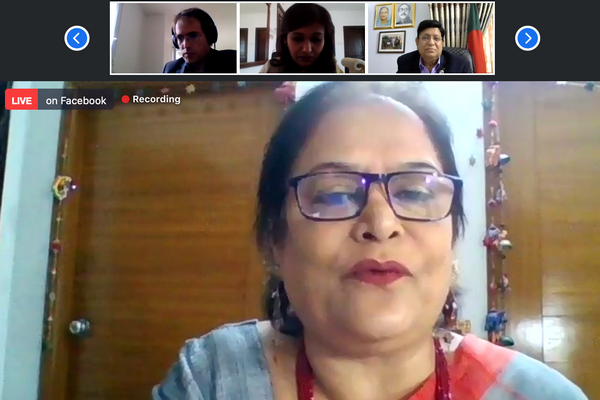 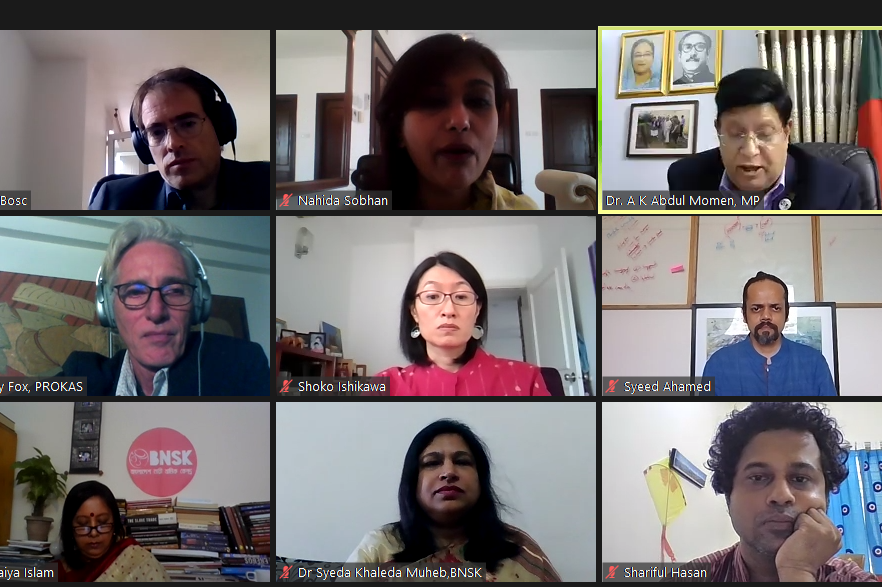 Syeed Ahamed explained three key characteristics of a Model Consulate: 1) it encompasses adaptive management for bringing positive changes in consular services based on lesson learning in every step, scalability and value for money; 2) it emphasizes on partnership – mirroring GFMD’s emphasis on cooperation between various stakeholders in both origin and host countries; 3) it ensures inclusiveness and gender-sensitive consular services.

The web conference titled ‘Women Migrants in the COVID-19 Pandemic: Role of Embassies’ was organised by Bangladesh Nari Sharmik Kendra (BNSK) and IID Migration Policy Unit with support from PROKAS/UKAID.

The conference was attended by some 70 participants from different organisations working in the migration sector. It was broadcasted live on social media which brought together thousands of viewers as well. 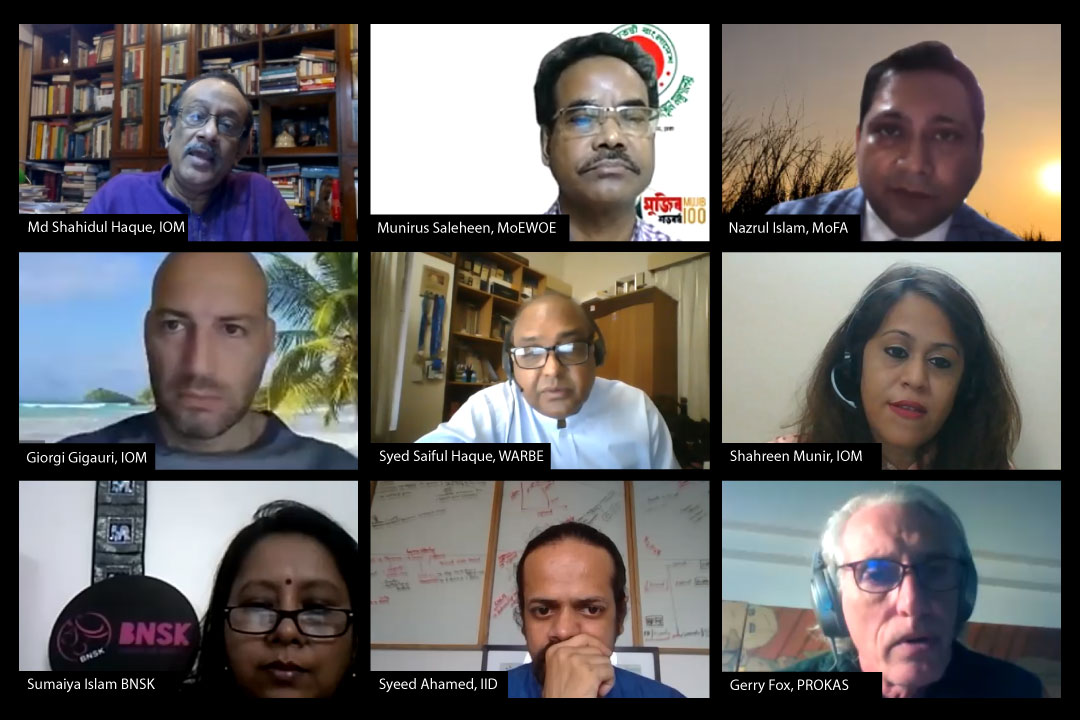 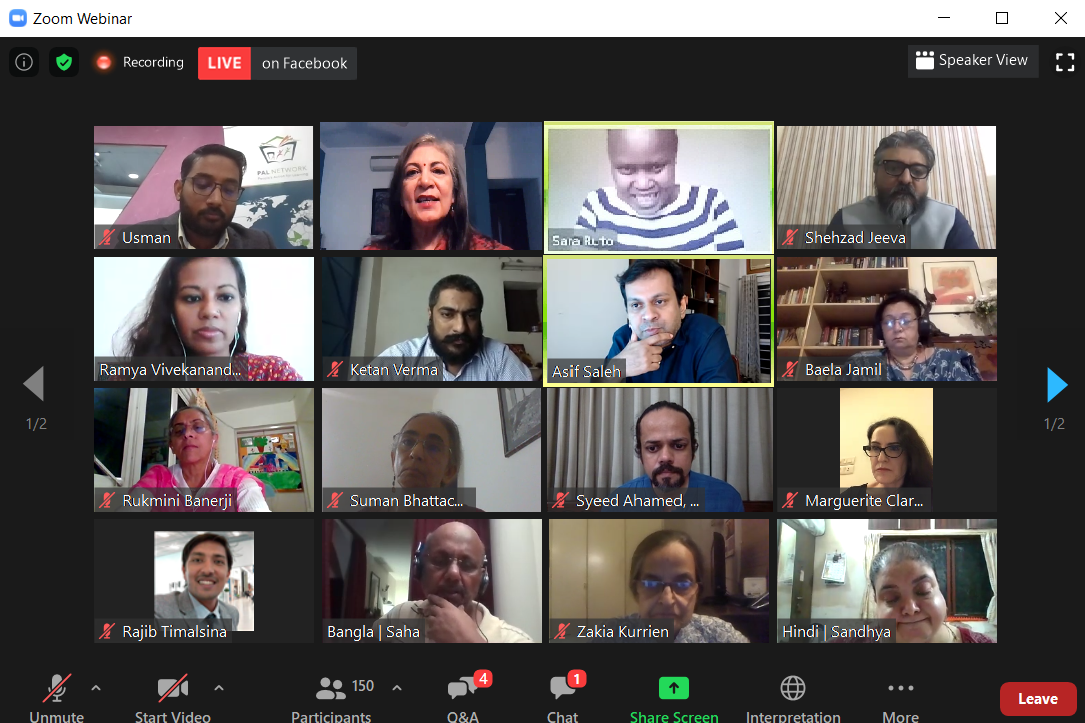 Educationists for measuring the pandemic-time learning loss of students