The global commitments on migration needs to be locally contextualized and gender-responsive— argued the experts at the national tripartite consultation that have set an example of partnership and collective action among the government, civil society and UN bodies ahead of the 12th GFMD Summit on January 2020.

Experts also argued that the political economy analysis of the whole migration process— from local and gender perspectives— is crucial in such national tripartite consultations for understanding each actor’s incentives within the migration sector. 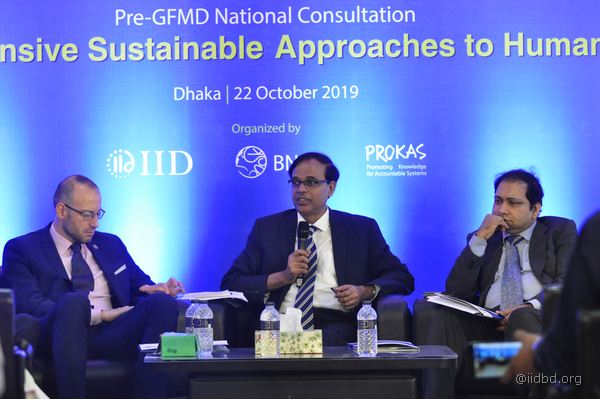 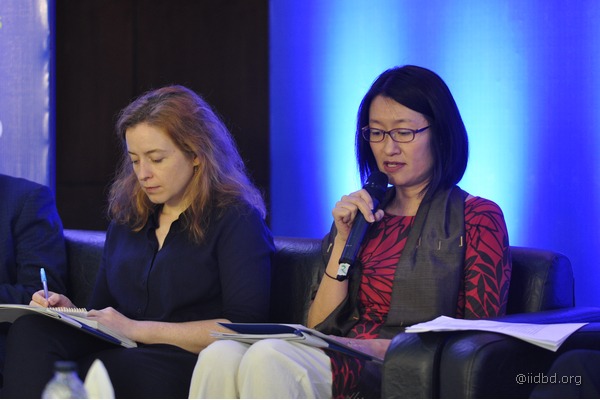 The consultation on ‘Gender-responsive Sustainable Approaches to Human Mobility’ was held on 22 October 2019 and was co-hosted by the UN Migration Network, CSOs for Global Commitments on Migration (CGCM) and Ministry of Expatriates’ Welfare and Overseas Employment.

The pre-GFMD consultation had three sessions, each on the three sub-themes of the GFMD. The sessions highlighted two issues each, from the 6 government-led roundtables to be held at the GFMD. 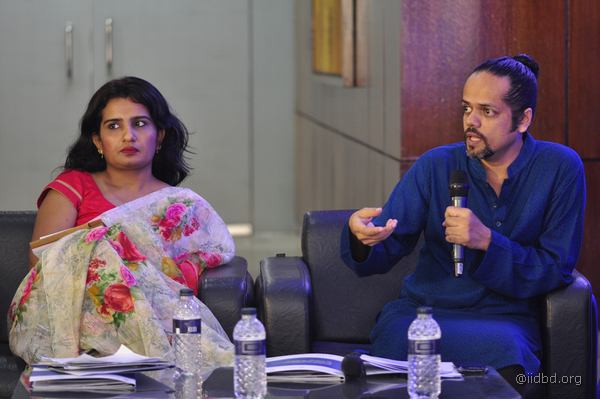 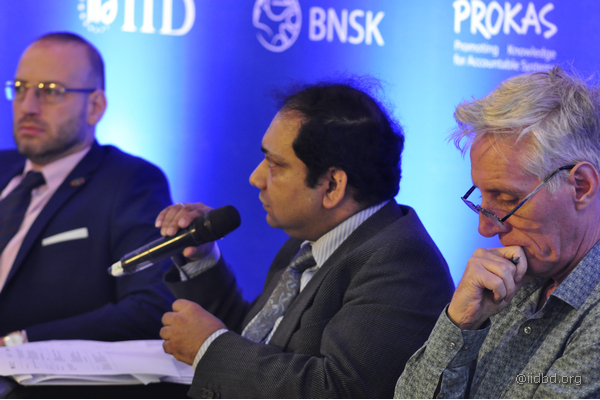 During the first thematic session, the participants stressed on multi-stakeholder partnerships at institutional, national and global levels. Experts mentioned that building on each other’s work was instrumental in operationalizing the ‘UN Network on Migration’ in Bangladesh, and similar coordination will be required among the ministries. This partnership then needs to be broadened regionally, like having compact of sending countries to ensure minimum standard for migrant workers. At global level, strengthening partnership with the private and public sector agencies of destination countries will ensure better support service for the migrants.

View more photos of the Consultation

Know more about the Consultation

The second session highlighted the need for effective communication with the migrants, by choosing the language, massages and media that are more likely to reach the migrants. Also, women’s lack of access to technology and information sources needs to be taken into account. Also, to ensure decent work, the foreign missions need to work with the countries of destinations to change the negative narrative on migrants in those countries.

The last session focused on harnessing migration for rural transformation and development, with particular emphasis on financial literacy of women migrants to make best investment of their hard-earned remittances. Labor wing of Bangladesh should coordinate with the responsible government authority of destination countries to explore policy coherence to ensure successful integration of the migrants. 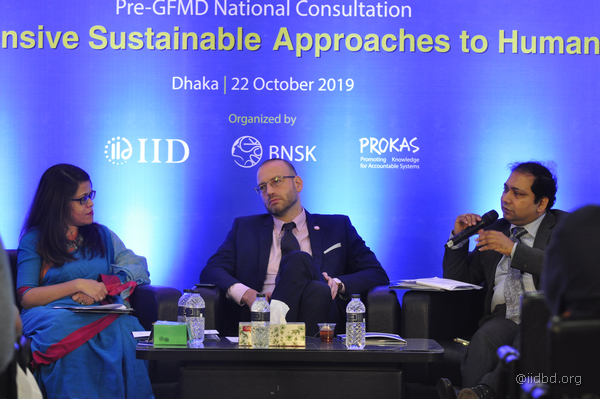 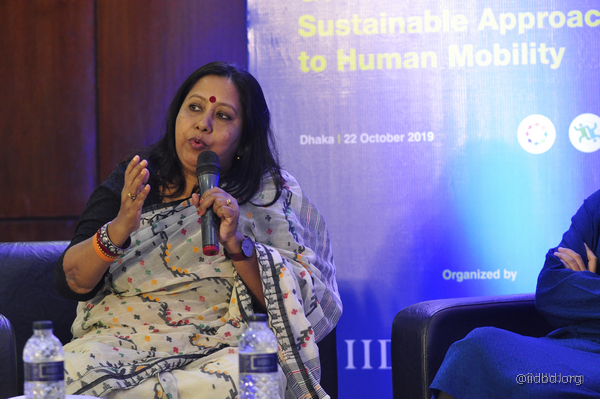 Md Salim Reza, Secretary for Expatriates’ Welfare and Overseas Employment was present as the Chief Guest of the event. The civil society was represented by returnee women migrant workers, academics, activists, trade unions, NGOs and journalists, among others. 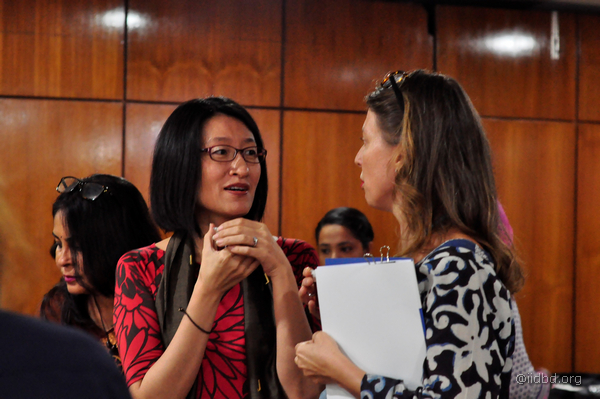 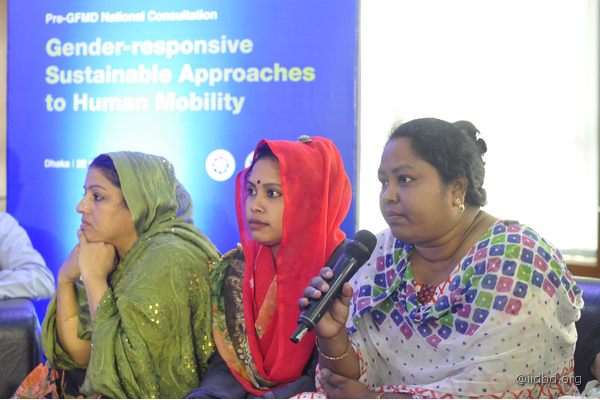 The event was organized by Institute of Informatics and Development (IID) and Bangladesh Nari Sromik Kendra (BNSK) with support from PROKAS, British Council. 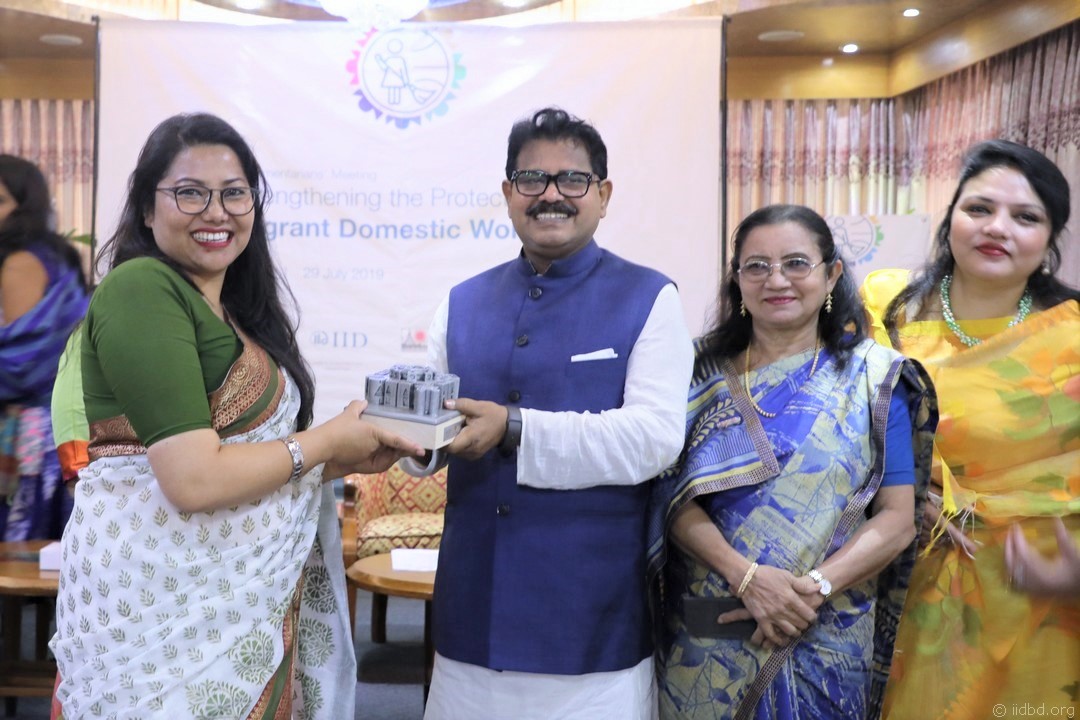 Exploring the idea of a Regional Parliamentarians’ Caucus 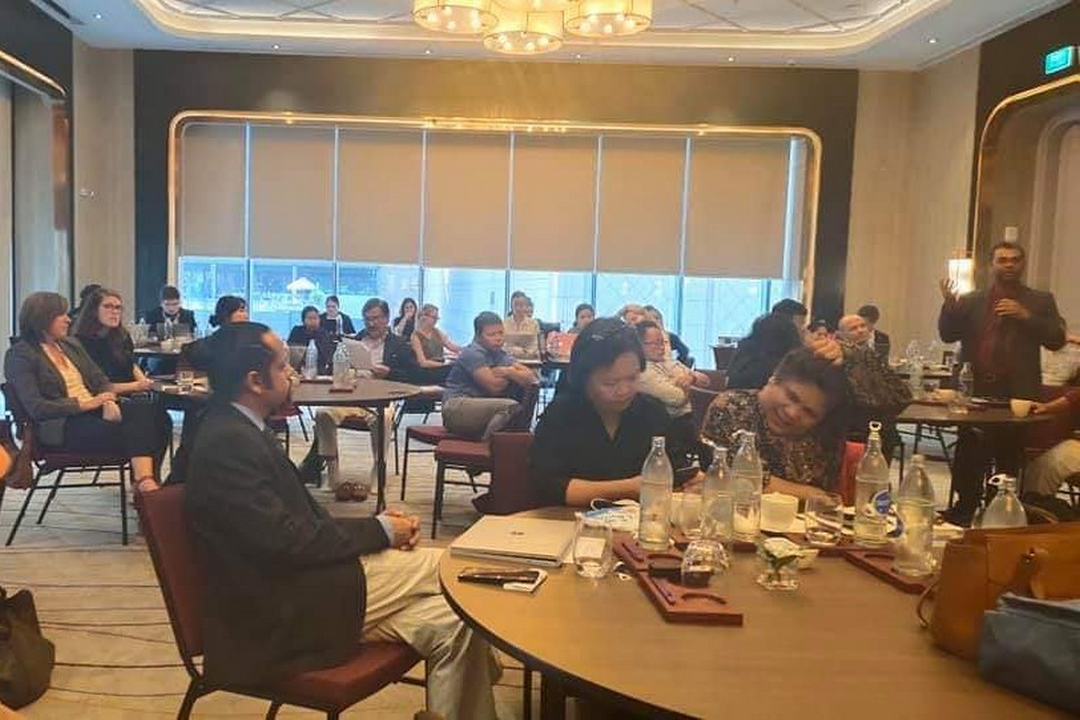 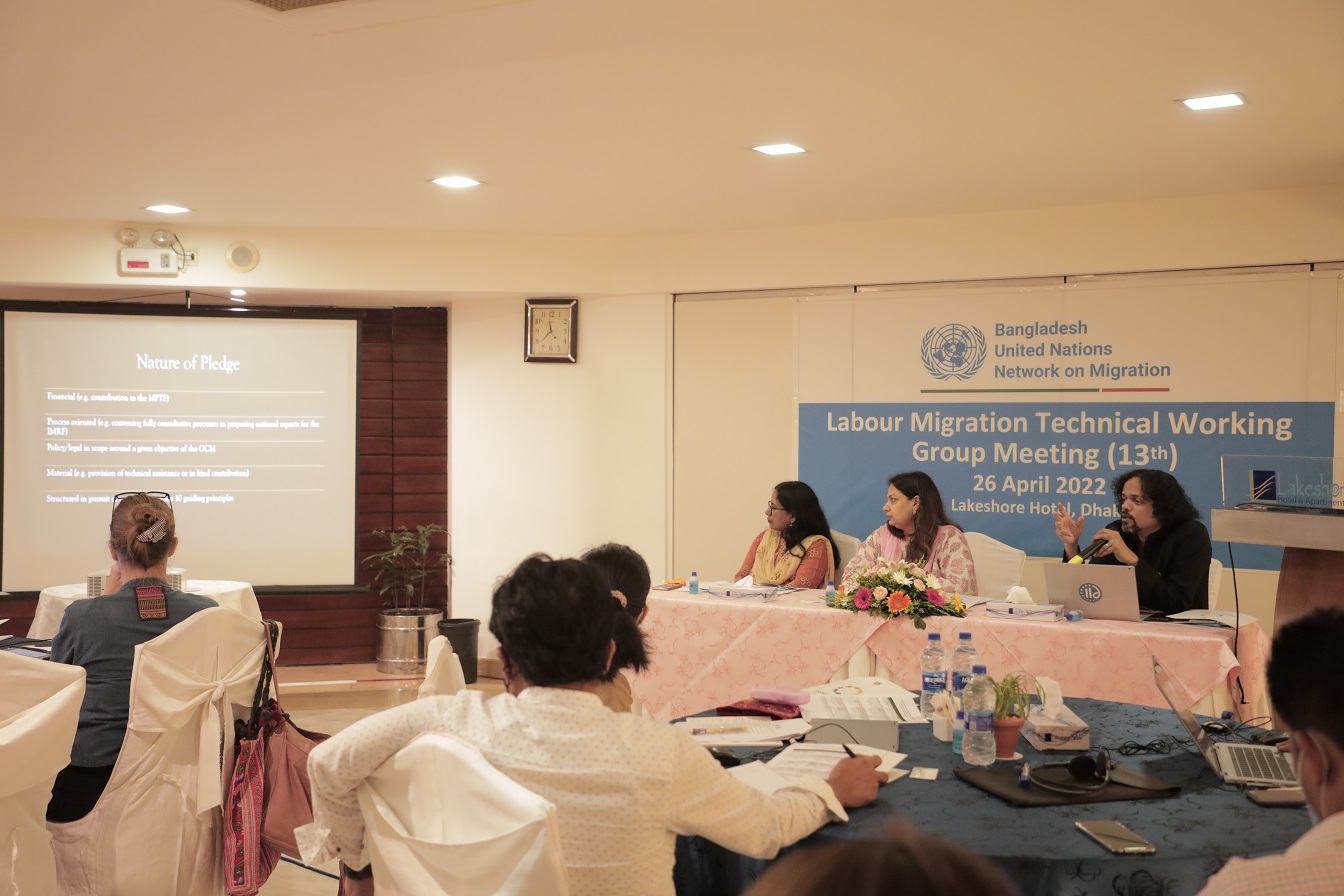