At an interview with the Daily Star, Syeed Ahamed, CEO of IID, argued that the proposed draft of the Digital Security Act will shrink space for intellectual discourse. below is the full interview that was published on 30 October 2016.

“Concerns with the proposed Digital Security Act are not with its well-founded context, but with its ill-founded text. The existing ICT Act is not comprehensive and traditional laws are not suitable for the digital space. Online propaganda by international terrorist organisations and recent Bangladesh Bank heist only renewed the threat of cybercrime that can defy geo-political boundaries and traditional security measures.

Countries around the globe are also grasping the uniqueness and potential severity of cybercrimes. National and international efforts are underway to include or amend cybercrime laws — the Budapest Convention on Cybercrime, EU Cyber Security Strategy 2013, and the US Cybersecurity act 2015 to name a few. But we need to oppose the texts of the draft Digital Security Act.

Any lawyer with a basic understanding of legal text will tell you that it is too amateurish to stand as a legal document. The draft is going to be the epitome of bad law driving out good law as a few bad articles within a good law can jeopardise the entire law. All it took was just one bad article — Section 57 — to make the ICT Act draconian. In the end, 94 percent of all cases filed under the ICT Act over the past three years were based only on Section 57. While the authorities failed to prove two-third of those cases, it became a weapon in their hands to thwart dissent.

The Law Minister recently argued that the new law would set to rest all controversies over Section 57 of the ICT Act. In reality, however, Section 57 got embedded into sections 19 and 20 of the new law. Thus, all arguments against Section 57 will stand true against the new digital security law. Instead of drafting another law, the authorities could make the ICT Act more comprehensive. The term ‘digital’ may sound more inclusive than ICT, but the overlaps between the two will create conflicts.

Thus, it will criminalise online writings through vague terms and shrink space for intellectual discourse by promoting self-censorship. The way Sections 15(4)(5) of the new law criminalises writings against Bangladesh’s foreign policy, Bangabandhu and liberation war, means there is room for abuse of it in the wrong hands.

Section 15(4) bans writings against Bangladesh’s foreign policy, although Bangladesh does not have any written foreign policy except for a few lines in the Constitution. If the foreign policy of a regime goes against our fundamental principles, why should we not speak out against it? We know for sure that even the Awami League and the Bangladesh National Party have different takes on our foreign policy.

In 1971, many Americans opposed the official position of United States to support Bangladesh’s liberation war. How can we now support Section 15(4) that goes against that spirit of 1971? Even to implement Banganbandhu’s dreams, his works and policies need to go through research and, often, constructive criticism. Similarly, even with our emotion on liberation war history, we will have to engage in global academic debates with evidence and arguments.

When Sarmila Bose wrote a distorted history of 1971, we did not use a law to thwart her voice. That would have given her legitimacy in front of the international audience. Instead, we engaged in an academic debate, and proved her wrong with facts and arguments. If we only use law to protect our history, instead of writing the history and engaging in academic debates, we will fail to properly register our glorious history in global discourse.” 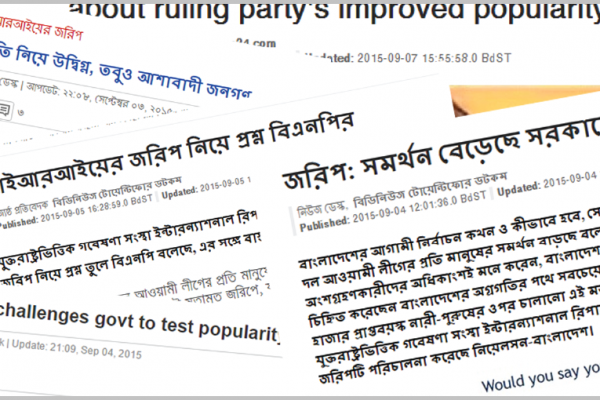 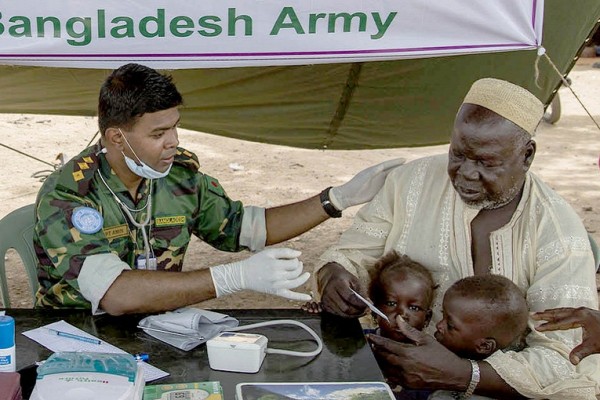