Bangladesh has made substantial development gains in recent years as a result of significant improvements in domestic resource mobilization, a cautious fiscal policy approach, and the growth of a robust and dynamic private sector. The steady economic growth has helped to reduce the country’s need on foreign aid, which was considerable during the first two decades after independence.

The consultation on ‘Gender responsive Sustainable Approaches to Human Mobility’ was held on 22th October 2019 and was co-hosted by the UN Migration Network, CSOs for Global Commitments on Migration (CGCM) and Ministry of Expatriates’ Welfare and Overseas Employment. The global commitments on migration needs to be locally contextualized and gender-responsive, argued the experts at the national tripartite consultation that have set an example of partnership and collective action among the government, civil society and UN bodies ahead of the 12th GFMD Summit in January 2020. 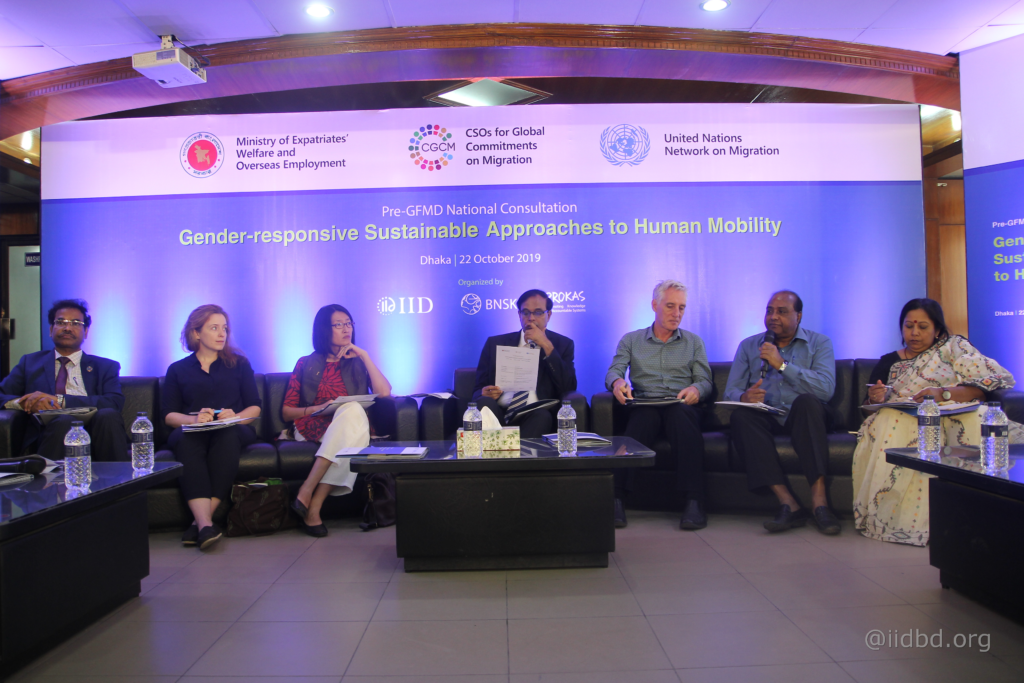 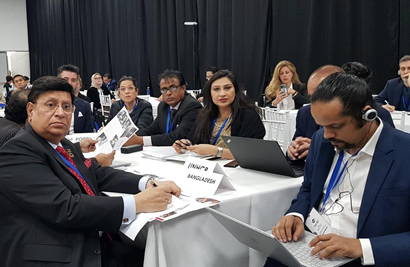 IID participated in the 12th GFMD summit that prioritized ‘Safe, Orderly and Regular Migration’, held from 20-24 January 2020, in Quito, Ecuador. IID provided both research and advocacy support to government and non-government delegation teams in the event. Notable among which was the handbook titled “Road to GFMD” containing functional and coherent suggestions for each of the six roundtable sessions mostly derived from the tripartite pre-GFMD national consultation with the government, civil society and UN agencies organized by IID back in October 2019. 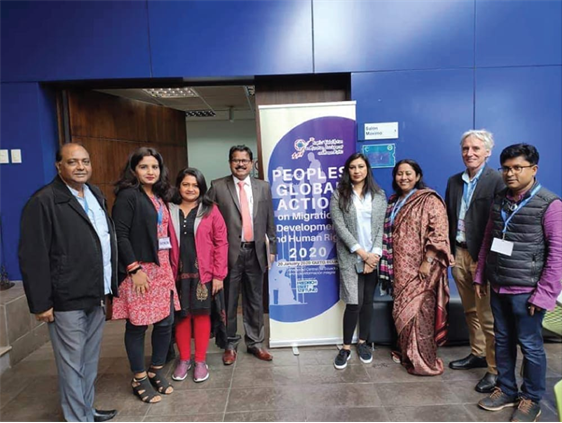 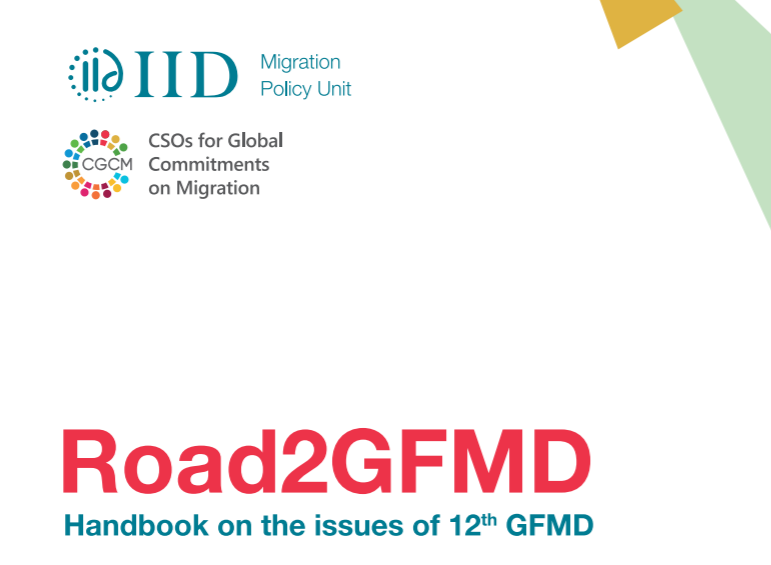 Members of CGCM also took part in the People’s Global Action on Migration Development and Human Rights (PGA) and the Civil Society Day held on 20th and 22nd January 2020 respectively in Quito, Ecuador. Members of CGCM raised various issues that are affecting the migrants throughout their migration process. Among the issues, loopholes of so-called free visa, problems relating to visa trading and ‘Kafala System’, condition of undocumented migrants and prison-like shelter homes gained prevalence.

Stakeholder engagement for prioritizing and implementing the GCM needs a state champion, mentioned the speakers at a side event during the 12th GFMD, held the 21st of January, 2020, in Quito, Ecuador. The event titled; ‘Road to Implementing Global Compact on Migration’ jointly organized by the Ministry of Foreign Affairs (MOFA), Government of the People’s Republic of Bangladesh and CGCM. Experts emphasized the importance of stakeholder engagement and cross-learning among different government and CSO representatives. 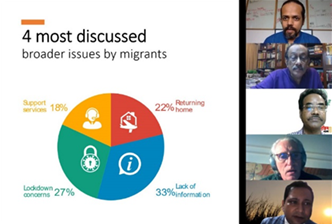 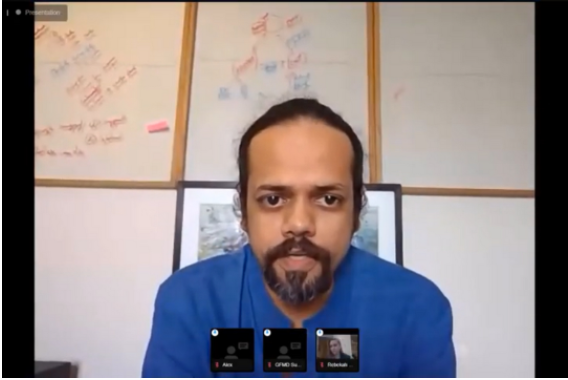 Although the implementation and review of GCM was expected to be overseen by an inter-ministerial coordination mechanism, it is crucial to gather inputs from civil society and relevant actors for drafting the GCM Action taking the “new normal” into account. In this context senior government officials, civil society leaders and migrants’ right activists joined together in an e-workshop titled ‘Global Compact for Safe, Orderly and Regular Migration (GCM) National Action Plan & Well-being of Returnees and Migrants Abroad during Pandemic’, held on 13 June 2020.

The mismatch between the resource consulates receive and the sheer number of migrants they are bound to serve makes it difficult ensuring proportionate service delivery and cross-border justice to migrant workers. Syeed Ahamed, CEO of IID made the remark at the Abu Dhabi Dialogue (ADD), the regional intergovernmental forum for West and South Asia held on 15 July 2020. The forum was the final and concluding consultation of six international online consultations on migration, as part of the UAE’s 2020 Chairmanship of the GFMD (Global Forum on Migration and Development).

CGCM co-hosted the 4th stakeholder consultation for the Asia-Pacific Regional Review of the implementation of GCM which was held on 03 February 2021. The theme of the consultation was improving value-driven & evidence-based policymaking and public debate, and enhancing cooperation on migration, where key challenges, best practices, and recommendations, and enhancing cooperation in implementing the GCM objectives (1, 3, 7, 17 and 23) were discussed. 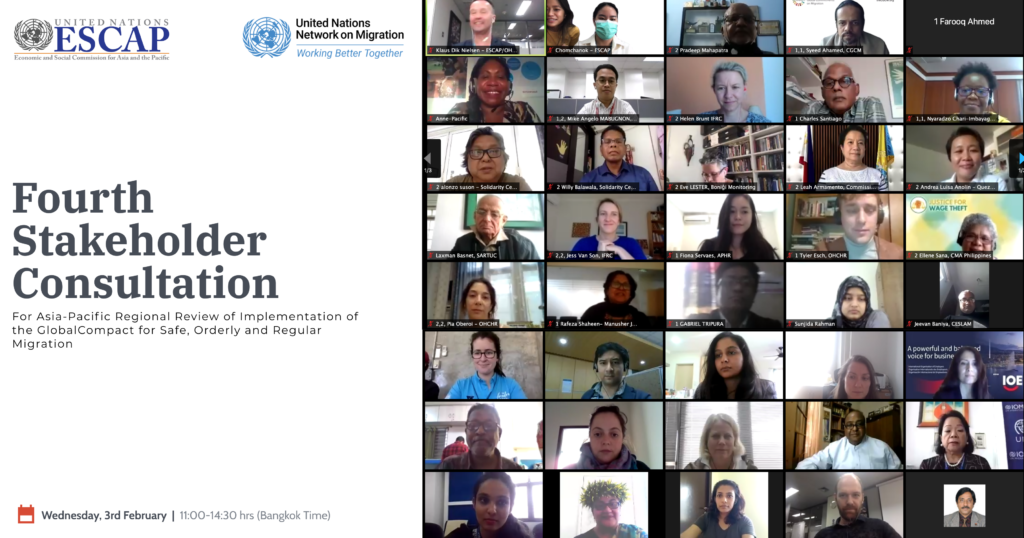 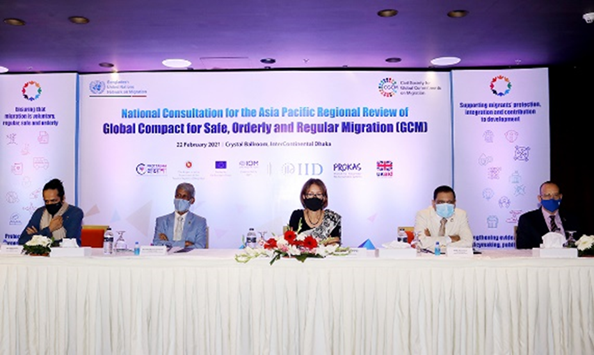 The participants of the National Consultation for the Asia-Pacific Regional Review of GCM members of the government delegate and other stakeholders attended the Regional Review to directly discuss with them about the key points that need to be highlighted. The consultation was held on 22 February 2021, in Dhaka and was co-hosted by BDUNNM and CGCM. The participants, spreading out in four groups in the line of the four clusters of GCM objectives of roundtables envisaged for the International Migration Review Forum (IMRF) to be held in 2022, mapped the progress, key challenges, good practices, capacity-building needs, and way forward in the implementation of the GCM objectives.

CGCM represented the stakeholders of migration to deliver their suggestions at the intergovernmental meeting of Asia-Pacific Regional Review of Implementation of the GCM, held in Bangkok from 10 to 12 March, 2021. During the sessions, Mr. Syeed Ahamed, Co-Convener of CGCM urged the governments to ensure evidence-based monitoring and implementation of the GCM for all migrants, irrespective of their status, while underscoring that embracing rather than resisting the reality of human mobility benefits the society, as does guarantying migrants’ rights and facilitating their equal participation in society. 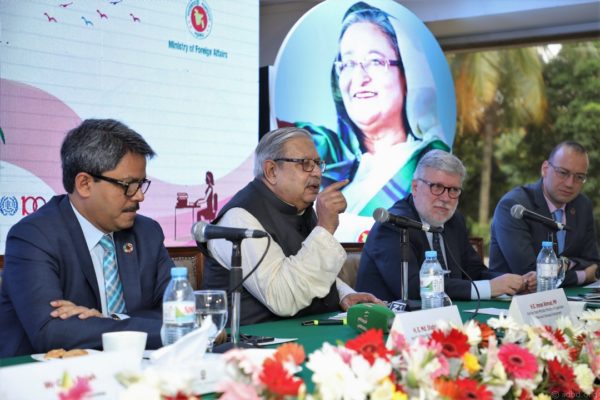 CSO’s role in GCM needs to be specified 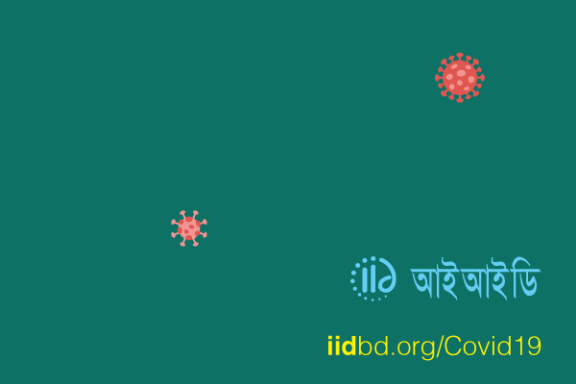 The Research Department has adapted to the COVID-19 pandemic 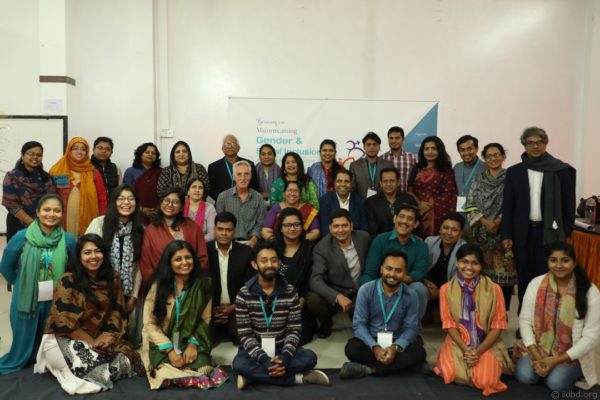