Eeshita Azad is a communications specialist  and an arts organizer with a career spanning over 15 years in the arts, development and corporate affairs in New York, London and Dhaka.  Eeshita is currently working as Director, Creative Planning for Bengal Group Limited.

Eeshita has an Associate Degree in Advertising Design from Fashion Institute of Technology (FIT) in New York and BA in Arts Practice and Community from Middlesex University in London.  She has worked in the Marketing industry for a year before joining the VNU media, New York, as assistant Art Director.  She has also worked for CEN, a London based arts magazine, as arts director covering the thriving arts sector in East London.  She lead the Aktel (TelCo) rebranding to Robi, working as a consultant for TBWA Benchmark. She worked as a consultant at BBC World Service Trust before joining British Council, Bangladesh, as the Country Coordinator for two of their large scale projects. She joined Asia Foundation as their Head of Communication at the end of 2012 to lead the strategic direction for corporate affairs. This included enterprise wide strategic planning process, identification of strategic options, evaluation & prioritisation of strategy formulation with key executives from the business.

Eeshita was one of the founding members of Drishtipat , a non-profit human rights organization based in the USA in 2002.  She is also the founder of Drishtipat Creative (2007), an effort to use arts for social change in London where she was involved with producing multiple shows highlighting various human rights issues.

In her most recent role as the Head of Arts at British Council, Eeshita has been credited with ‘bringing British Council back at the centre stage of the arts scene’ in Bangladesh. Beyond arts, she is no stranger in front of the camera either.  She has hosted talk shows in national television including a short stint for BBC World Service Trust and has facilitated drama therapy and various workshops in London and Dhaka.  She is currently on the Advisory Board for Dhaka Art Summit and Colours FM radio channel.

Eeshita believes, as the saying goes “Communication leads to community, that is, to understanding, intimacy and mutual valuing.” 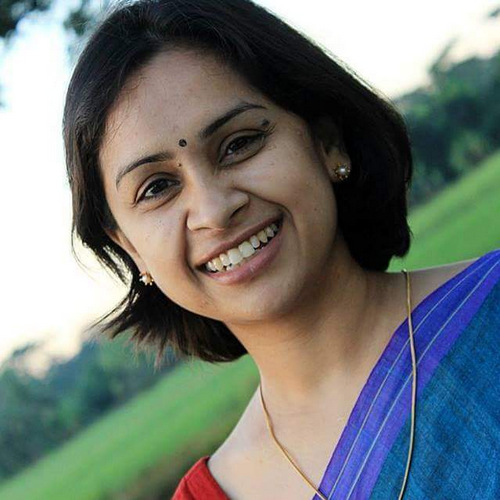